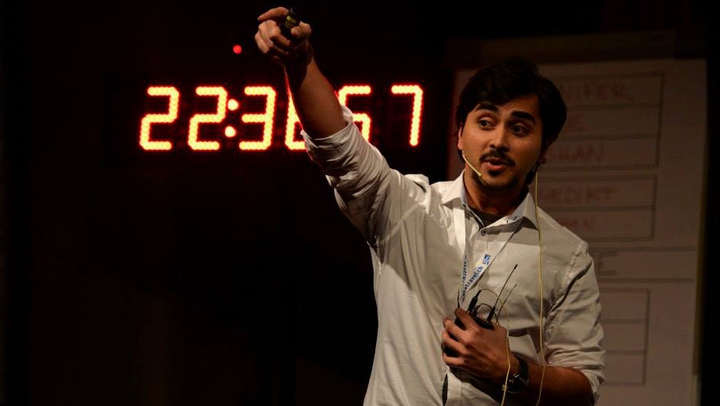 More to come after Corona!

What is Science Slam about? 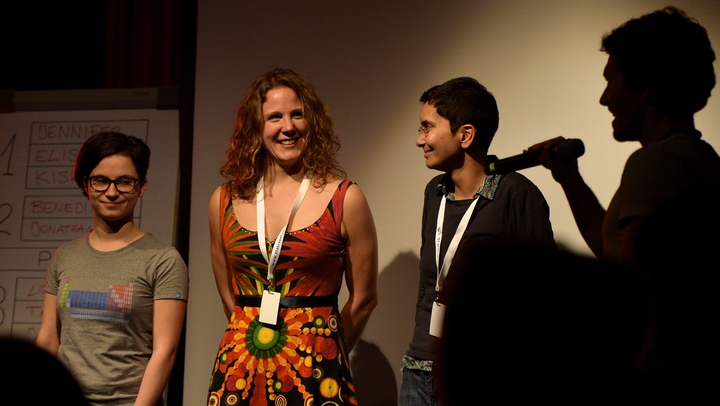 The slammers Lisa Felsenstein, Tanja Dallafior and Jasmin Barman-Aksözen (from left to right) are waiting impatiently for the call on who’s going to slam in the final.

Science Slam is a competition

Multiple slammers challenge each other in a tournament of short scientific pitches, any means are allowed. Finally, the audience decides who’s tonight’s champion. 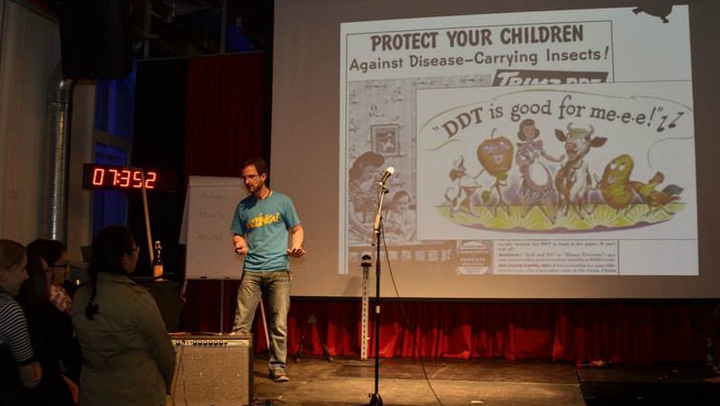 Science Slam is the new way of communicating science

A Science Slam is the perfect occasion to rediscover your field of research from a new perspective and to sum up the key elements that fascinate and energize you in front of an impassioned audience. 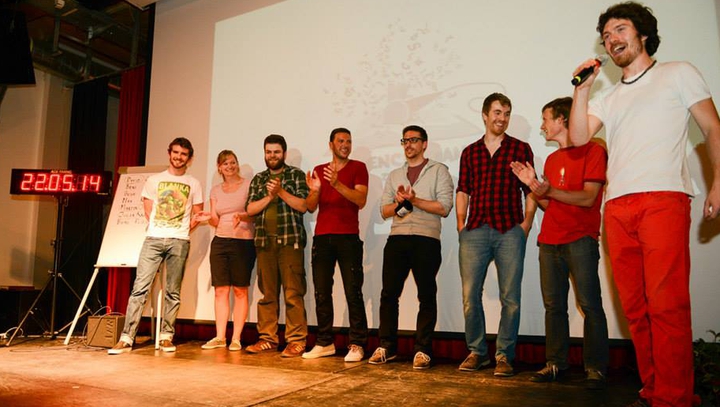 A fantastic crew of slammers excited the audience at the 8th Science Slam Zurich - an unforgettable night!

Science Slam is an amazing opportunity to to exceed the limits of your personal comfort zone, to train your rhetoric skills in a playful way and to meet great, intriguing people. Nothing to loose, really! 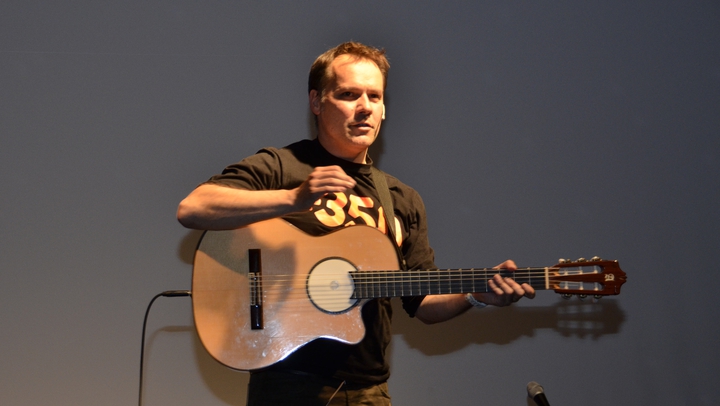 6th Science Slam Zurich: Oliver Marchand performs his covers of well-known hits whose lyrics he changed to the topic of climate change. From the first line he had the audience’s heart in his hands!

Our goal to encourage and enhance a Science Slam culture in Switzerland through the establishment of a network and the promotion of exchange in the scene. Furthermore we support slammers and organizers on request. Finally, we’re the first ones to get in touch with, as soon as there are any doubts or questions.

The minds behind the network 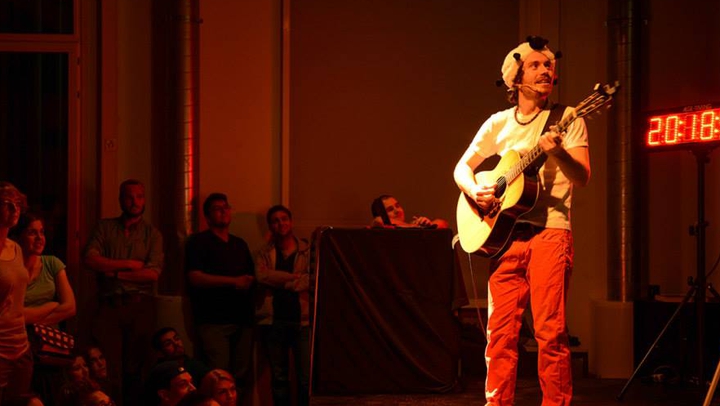 Marc Folini warms up the crowd as «Sacrificial Lamb» (first slammer of the night who breaks the ice) at the 8th Science Slam Zurich.

During his studies of Environmental Sciences at ETH Zurich he organised and moderated multiple editions of Science Slam Zurich. That’s how he discovered how much fun communicating science can be. Nowadays he presents his own research on stage. Besides he acts as a coach for rhetoric skills and moderation.

We’re happy to answer any questions!